At Home, On Air: A Conversation with Charles Durrett

At Home, On Air: A Conversation with Charles Durrett 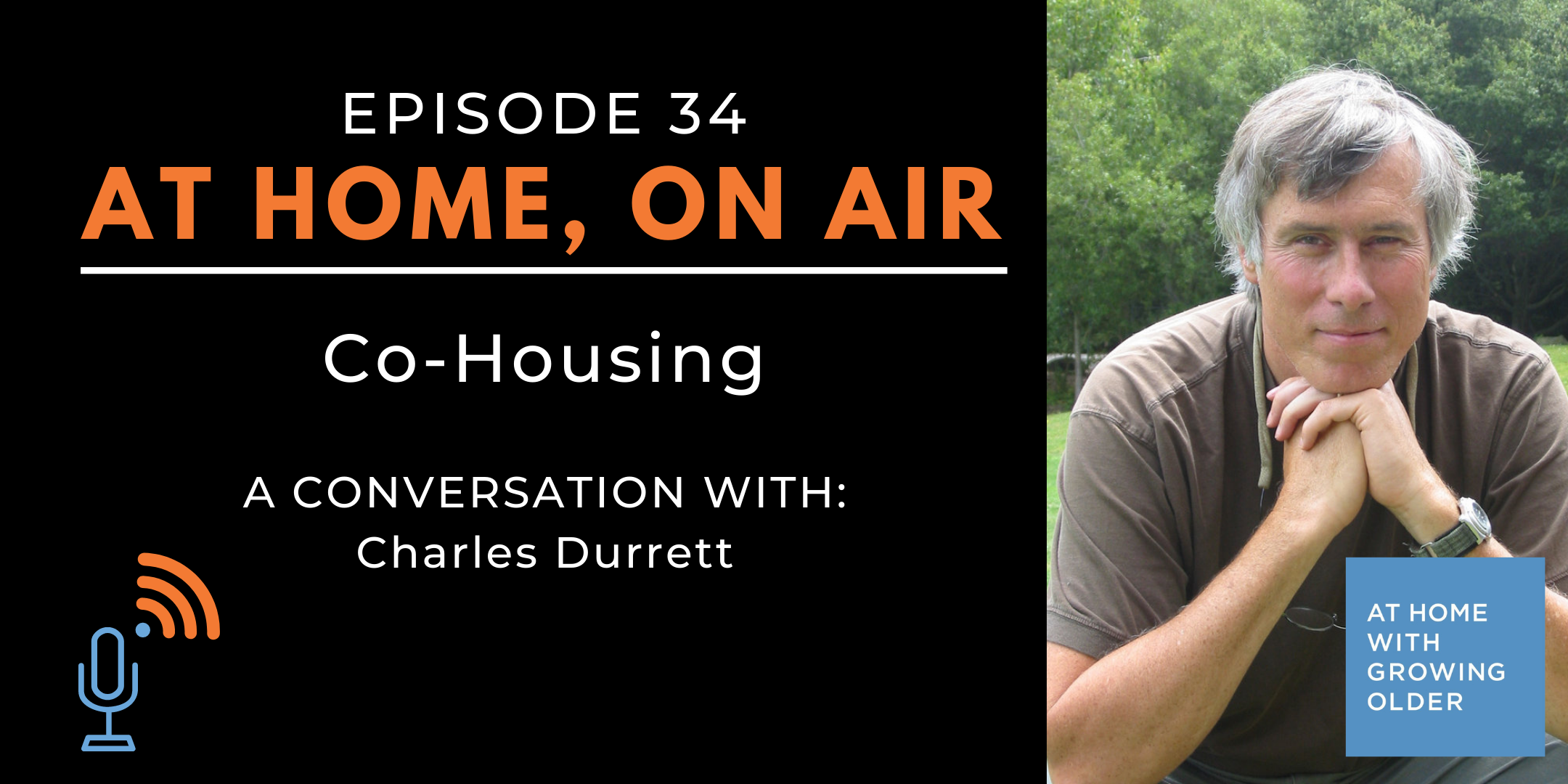 Listen to this episode of At Home, On Air at your leisure on our podcast!

Thank You to Our Featured Guest:  Charles Durrett, Author, Owner and Principal Architect of The Cohousing Company

Thank You to Our Host:  Susi Stadler, Architect and Executive Director of AHWGO

Join us as we discuss co-housing with Charles Durrett, author of Senior Cohousing: A Community Approach to Independent Living—The Handbook (as well as several other books on co-housing), and the Owner and Principal Architect of The Cohousing Company, a consulting firm which has adapted its cohousing design experience to affordable housing developments and senior neighborhoods. Charles presents often to groups about cohousing and has received numerous awards, including the World Habitat Award presented by the United Nations. As we navigate the future of aging and housing, let’s explore cohousing and what benefits and challenges are ahead!

About the Charles Durrett

Charles Durrett is an award-winning California architect, and his team at The Cohousing Company have designed more than 50 cohousing communities in the United States and around the world, including Muir Commons in Davis, California, the first cohousing community in North America. His work has been featured in Time Magazine, The New York Times, The Los Angeles Times, The San Francisco Chronicle, The Guardian, Architecture, The Wall Street Journal, The Economist, and many other publications.