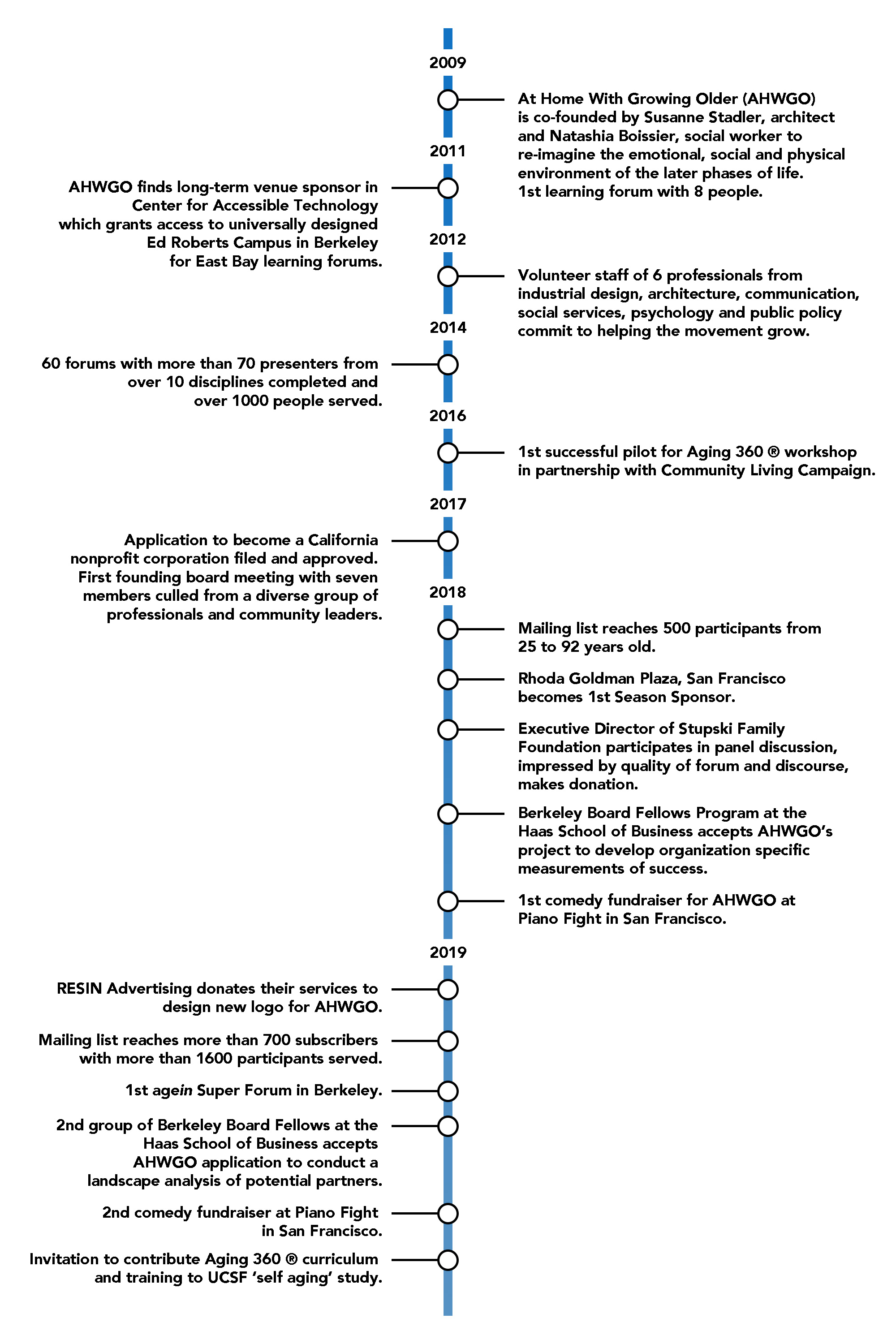 At Home With Growing Older (AHWGO) is co-founded by Susanne Stadler, architect and Natashia Boissier, social worker to re‑imagine the emotional, social and physical environment of the later phases of life. 1st learning forum with 8 people.

60 forums with more than 70 presenters from over 10 disciplines completed and over 1000 people served.

Application to become a California nonprofit corporation filed and approved. First founding board meeting with seven members culled from a diverse group of professionals and community leaders.

Berkeley Board Fellows Program at the Haas School of Business accepts AHWGO’s project to develop organization specific measurements of success.

2nd group of Berkeley Board Fellows at the Haas School of Business accepts AHWGO application to conduct a landscape analysis of potential partners.

Invitation to contribute Aging 360 ® curriculum and training to UCSF ‘self aging’ study.

AHWGO shifts focus toward meeting the growing need for at-home socialization and community connection through virtual At Home, On Air forums.

The first season of At Home, On Air reaches audiences across the nation.

In response to popular demand, AHWGO’s At Home, On Air is launched as a bi-weekly podcast in August.

AHWGO hosts its 2nd annual agein, “A Week of Joy.” The celebration and fundraiser was full of expressive creativity, community and connection; it featured a hybrid of online and in-person experiences for participants.

An Aging 360® Workshop is held virtually in December.

The second season of At Home, On Air continues, and the bi-weekly podcast episodes reach over 1000+ listens.

AHWGO Board of Directors reaches 10 members.