At Home, On Air: A Conversation with Dr. Michael “Mick” Smyer

At Home, On Air: A Conversation with Dr. Michael “Mick” Smyer 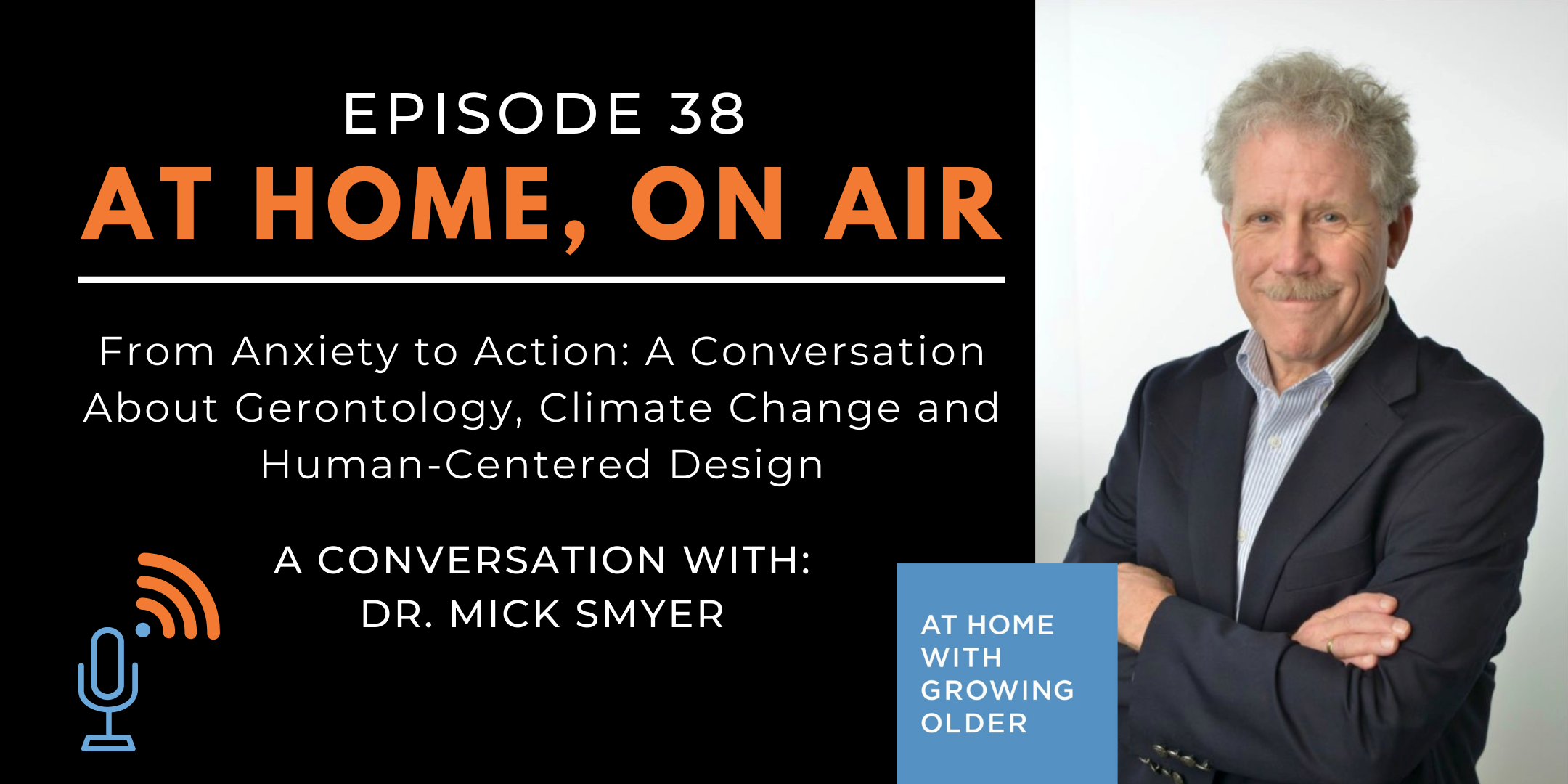 From Anxiety to Action: A Conversation About Gerontology, Climate Change and Human-Centered Design

Listen to this episode!

“Because when our kids and grandkids ask us what we did about climate change, we need to have a simple, true answer: our best.”

Thank You to Our Host: Susi Stadler, Executive Director of AHWGO, Architect

Dr. Mick Smyer has combined his expertise in the aging field and psychology with his commitment to mobilizing people across generations to take action to fight climate change. This conversation is both about practical strategies and tools Mick has researched and tested in his work and the specific role we can play in using these strategies to become more active on climate issues in our own lives and communities.

Mick Smyer is the former Provost and an Emeritus Professor of Psychology at Bucknell University. He is also a Senior Fellow in Social Innovation at Babson College and an honorary Professor in the School of Psychology at the University of Queensland, Australia. A national expert, Smyer has written and lectured extensively on aging. In addition to holding leadership roles in national organizations on aging, Mick has also consulted with Fortune 500 companies, state and national legislative leaders, and higher education organizations on the impacts of aging.

Mick is the founder of Growing Greener: Climate Action for a Warming World. Growing Greener uses psychology and human-centered design strategies to move people from anxiety to action on climate issues. In doing so, Growing Greener views people not solely as victims of climate change but also as potential leaders of climate action. Mick holds a bachelor’s degree in psychology from Yale University and a Ph.D. in clinical psychology from Duke University. A native of New Orleans, Mick also provides vocals and “nuanced” washboard with the Rustical Quality String Band, including on their most recent CD, Rescued from Oblivion.

Episode 38: From Anxiety to Action: A Conversation About Gerontology, Climate Change and Human-Centered Design
Contact us