At Home, On Air: A Conversation with Susan O’Connell

At Home, On Air: A Conversation with Susan O’Connell 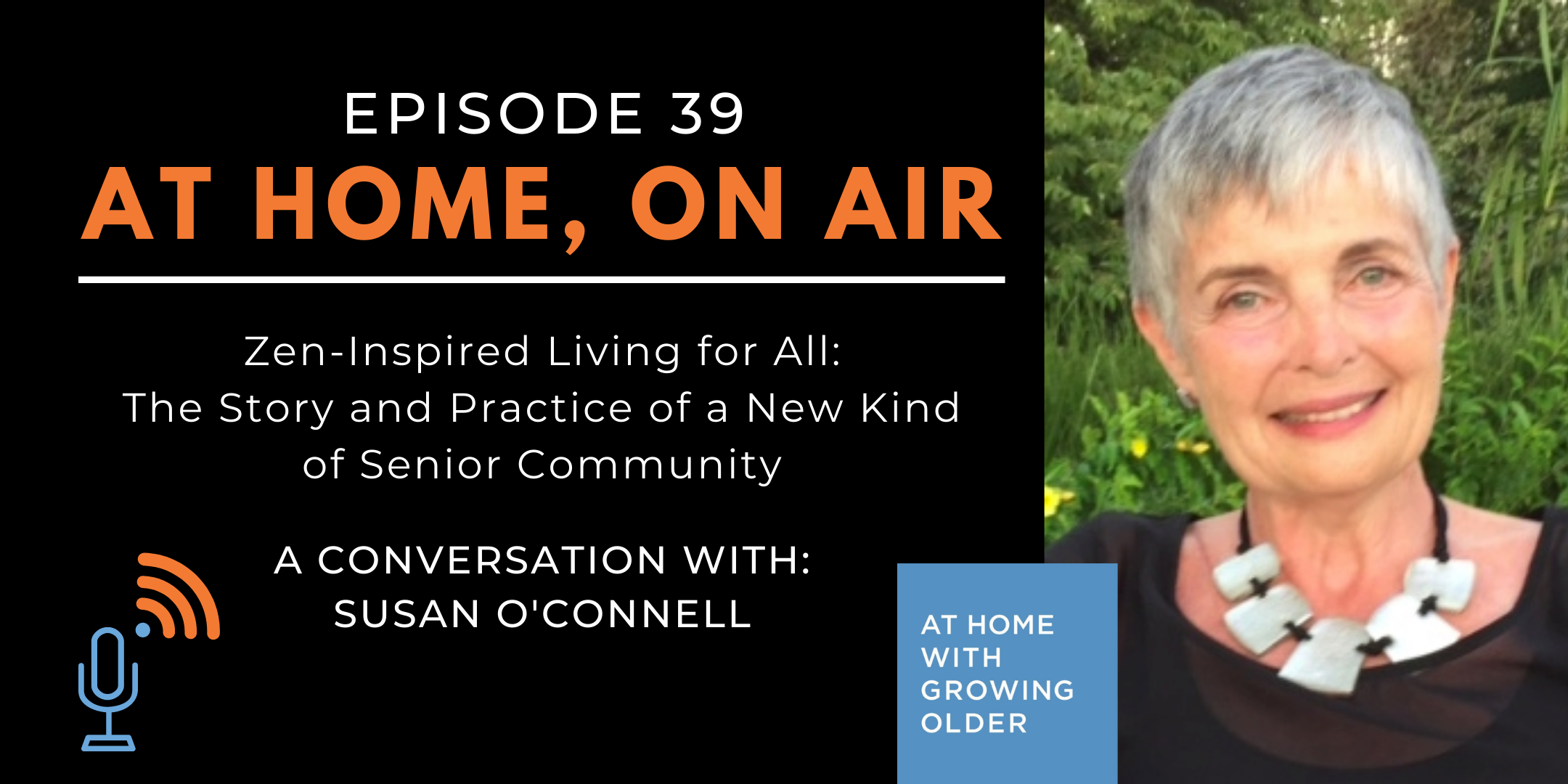 Zen-Inspired Living for All: The Story and Practice of a New Kind of Senior Community

~ Listen to this podcast episode! ~

Susan O’Connell is not only an ordained Zen Priest but also a serial entrepreneur, who was instrumental in realizing a new kind of senior community … with 20 units reserved for long term Zen teachers from the San Francisco Zen Center and 221 living units in total. This conversation is about the journey to and the practice of this undertaking.

About Our Featured Guest, Susan O’Connell:

Zesho Susan O’Connell is a Zen teacher with 30 years of meditation experience. She currently serves as the Spiritual Director of the Zen-Inspired Senior Living Community Project, Enso Village. She was on the Board of Directors of San Francisco Zen Center for 10 years as the Vice President, then President of San Francisco Zen Center; and before that, for two years as an elected member.

She began Zen practice in 1987 and became a resident of the Zen Center in 1995. She received priest ordination from Tenshin Reb Anderson in 1999, was head monk (shuso) in 2004, and was given Dharma Transmission in 2017. She has lived at all three practice centers at SFZC and served in a number of senior training positions.

Susan attended UC Santa Barbara and UCLA in film and television and worked as a professional actress from 1967 to 1990. She has produced several films, including Tell Me a Riddle, and a movie for television. She is a co-producer of A Confederacy of Dunces, now being developed at Paramount Pictures.

Susan is a founder of Northern California Women in Film, a founding member of the Delta Psi chapter of Alpha Chi Omega Sorority at UC Santa Barbara, and a founding officer of No Abode Hermitage. She has served on the boards of Women in Film and Make-A-Circus.

Episode 39: Zen-Inspired Living for All: The Story and Practice of a New Kind of Senior Community
Contact us