At Home, On Air: A Conversation with Kasley Killam MPH

At Home, On Air: A Conversation with Kasley Killam MPH 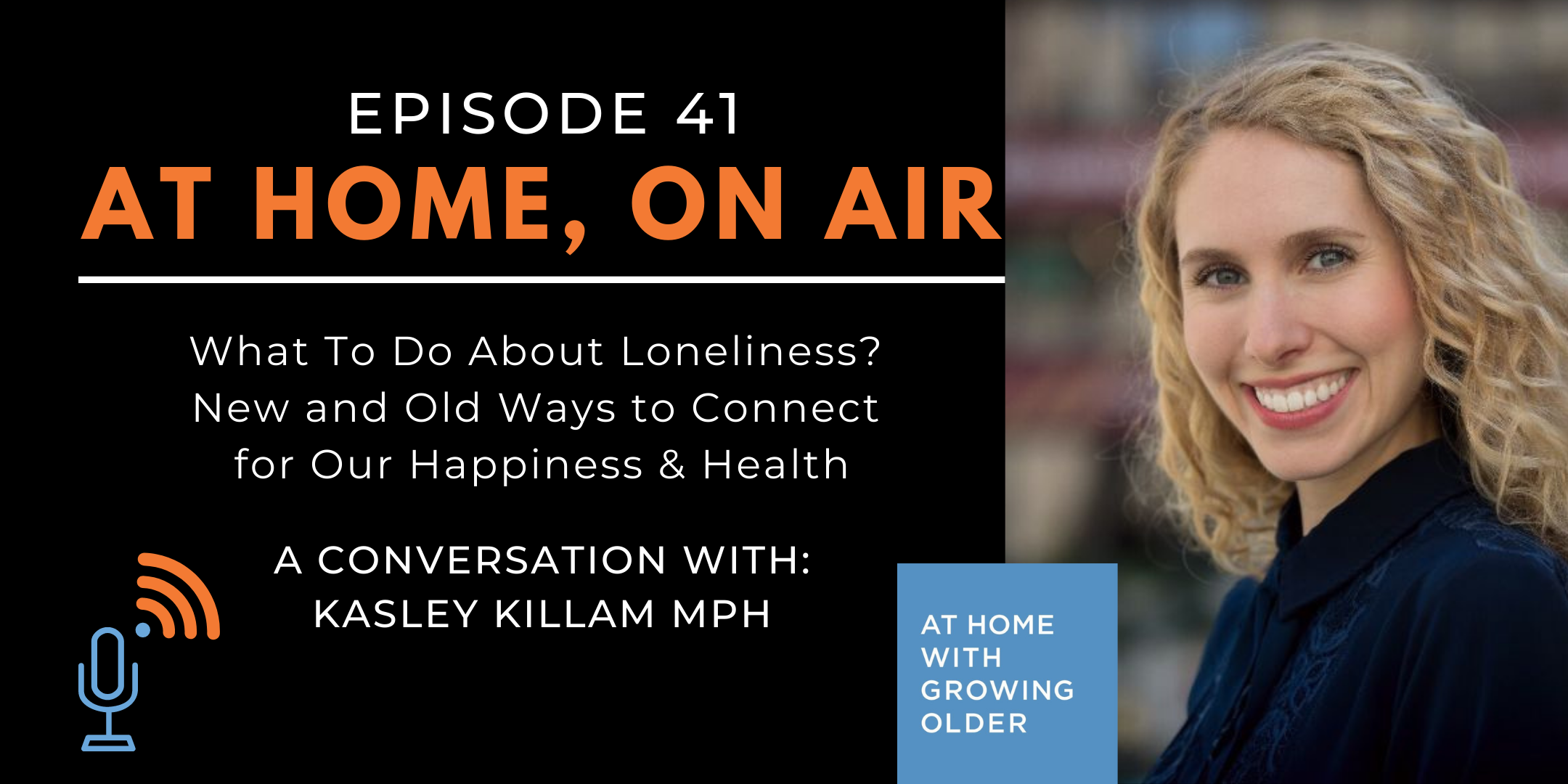 What To Do About Loneliness? New and Old Ways to Connect for Our Happiness & Health

~ Listen to the Podcast ~

Thank Your to Our Forum Host: Susi Stadler, Architect, Executive Director of AHWGO

Living in 10 different cities before turning 30 taught Kasley Killam the art and work of forging new friendships and building community. She decided to focus her career on battling the growing epidemic of loneliness in America and launched Social Health Labs, which works to improve social well-being in individuals, communities, and organizations. Kasley recently concluded an eight-month series of conversations about loneliness and connection with different stakeholders from healthcare, education, government, technology, and other disciplines.

About Our Featured Guest, Kasley Killam:

Kasley Killam, MPH, is the founder of Social Health Labs, where she leads initiatives to address the loneliness epidemic and promote meaningful human connection at local, state, and national levels. A social scientist by training, Kasley holds a master’s from the Harvard School of Public Health, serves on the Board of Directors for the Community Living Campaign in San Francisco, and is a World Economic Forum Global Shaper. Her ideas have been featured in outlets like the New York Times and Scientific American, and she writes the Social Health blog for Psychology Today.

Episode 41: What to Do About Loneliness? New and Old Ways to Connect for Our Happiness & Health
Contact us