At Home, On Air: A Conversation with Janet Y. Spears

At Home, On Air: A Conversation with Janet Y. Spears 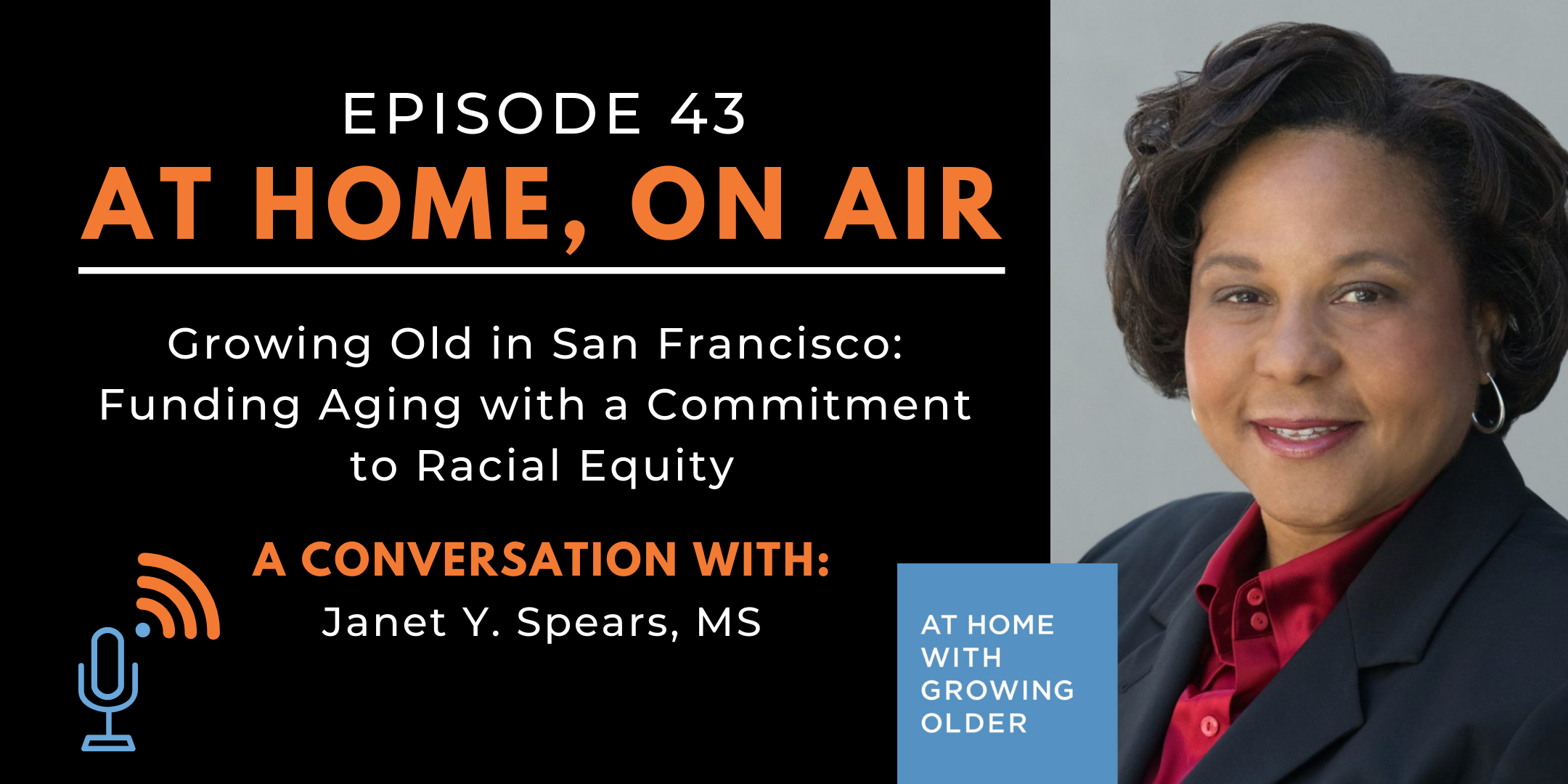 Growing Old in San Francisco:  Funding Aging with a Commitment to Racial Equity

Listen to this podcast episode of

Thank You to Our Featured Guest: Janet Spears, CEO of the Metta Fund

Thank Your to Our Forum Host: Susi Stadler, Architect, Executive Director At Home With Growing Older

In this discussion with Janet Spears, CEO of the Metta Fund, we talk about how private funding strategies can support aging in place in an era of rapid gentrification and community change.

About Our Featured Guest, Janet Spears:

Janet Y. Spears is Chief Executive Officer of the Metta Fund, a private foundation dedicated to advancing health and equity in aging. In this role, she leads one of the only California foundations with a population focus on older adults, working with nonprofits, the community, and government partners to influence solutions that foster more equitable outcomes for older San Franciscans. Janet is currently Vice President of the San Francisco Disability and Aging Services Commission and serves on the boards of Northern California Grantmakers, the Giants Community Fund, and the University of the Pacific (UOP), her alma mater. Previously, she was Chief Operating Officer at the East Bay Community Foundation and Sales Vice President at AT&T.

Episode 43: Growing Old in San Francisco: Funding Aging with a Commitment to Racial Equity
Contact us