Caring For Children And Parents 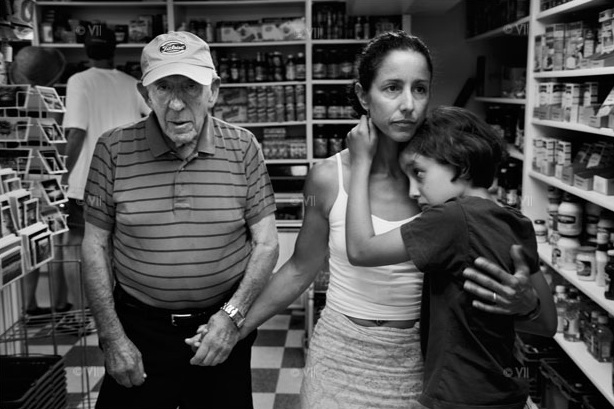 Sheila Malkind, who in her 70’s, runs the Legacy Film Festival on Aging in San Francisco, presented at the last AHWGO salon in January a selection of films from the festival. One of them, ‘The Sandwich Generation’by Julie Winkour initiated a very interesting exchange and discussion among attendees, that differed from how film reviews talked about the movie.

The film chronicles the life of Julie’s family with her 83 old father who has dementia, until his death about two years after they move in together. Julie and her husband and two young kids move from San Francisco to New Jersey to take care of him. The film shows the everyday challenges and stress of caring for her father and kids in a very candid and unedited way.

This is what reviews say about the documentary:

-“ It is a story of love, family dynamics and the immeasurable sacrifice of those who are caught in the middle.”

-“ In The Sandwich Generation, they have created an honest, intimate account of their own shifting — and challenging — responsibilities, as well as some of their unexpected joys.”

-“ Ed and I really thought we knew what we were doing,” Julie Winokur says early on in The Sandwich Generation, an eloquent and sometimes brutally honest documentary that she and her husband, Ed Kashi, made while caring for her 83-year-old father. “We really felt like ‘experts.”

This is what was said at AHWGO:

-The family took on too much without seeking expert advice.

-The family had no training for taking care of Herbie which was stressful not only for them but also for him.

-The movie is an account solely from the point of view of Julie, her husband and kids, Herbie’s view is not present.

Two moments in the movie stood out for most of us. One was when Herbie and his caregiver went by themselves to the father’s vacation home on Fire Island. One literally felt how much more at ease Herbie was in his own environment, by himself. The other was when the film maker’s husband lost patience with his father in law when he refused to return ‘home’.

Nearly 47% of adults in their 40s and 50s have a parent age 65 or older and are either raising a young child (age18 or older). And about one-in-seven middle-aged adults (15%) is providing financial support to both and aging parent and a child (Pew Research). Family care giving that extends both to children and parents is a reality.

The reversal of roles from child to caregiver, from parent to dependent is obviously an intricate process. Some of us do it long distance, some of us move, in some cases parents move. Both children and parents need help with this process. There are resources, like Family Caregiver Alliances but of course there are not always easy to find and also, we are so used to making it all work. If we just try hard enough we should be able to solve it. Not true.

This site uses Akismet to reduce spam. Learn how your comment data is processed.